Whether you are new to the sport, or looking to improve your skills as a pilot, Predator Paramotor Training is the go-to place in Ohio for Powered Paragliding Training. 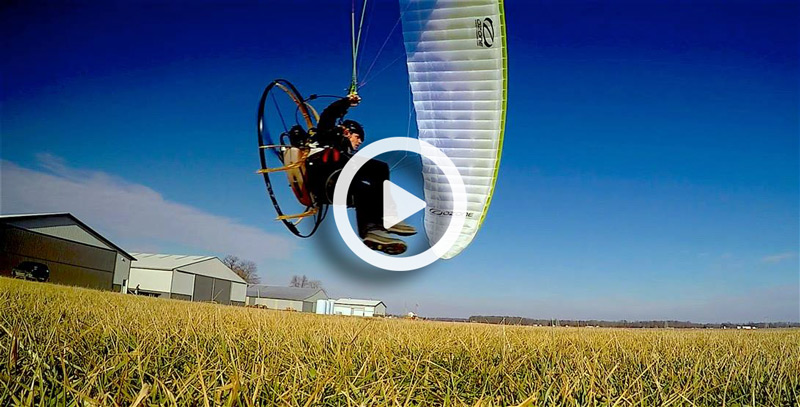 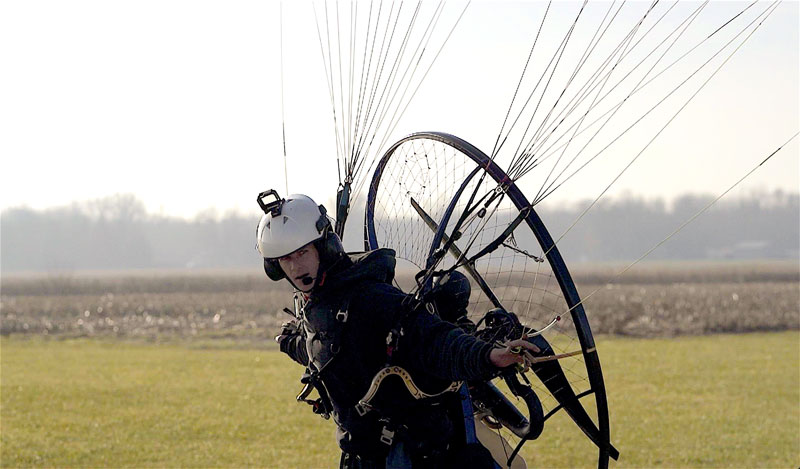 “I started looking for something more exciting. In 2014, I was introduced to paragliding…”

My name is Chris Holbert.In 2013 I took a break from racing and instructing and followed my passion for aviation. I went to the local airport and put in the mandatory 40 hours required to obtain a pilots license. I purchased a Light Sport airplane and began flying all around Ohio and Kentucky. After a season of flying and around 120 hours of flight time, I started looking for something more exciting. In 2014 I was introduced to paragliding and shortly after that became obsessed with paramotoring as well. After learning to fly a paramotor I spent every moment possible focused on getting better at flying. Soon after I wanted to share my new found freedom with everyone. I wanted anyone who had the desire to fly, to be able to experience the thrill of running into the sky.

After training some friends, word started to travel and people began reaching out in search of instruction. In 2016 I decided to focus on providing the best paramotor instruction available. In 2018 I mentored under, and trained with Matt Minyard. I received my PPG3 from Scott Baxter and Steve Reed at Midwest Parajet where I also earned my tandem exemption from the FAA allowing me to provide foot launch and wheel launch tandem flights. I have continued to mentor and train with Chris Santacroce at Superflyinc where I received my USPPA instructor training. I am a Parajet Team Pilot and a member of the USA Paramotor Slalom Race Team. I represent the US in competitions around the world. We also have an acro performance team and provide demonstrations to promote the sport of paramotor. I will continue to train and mentor in order to evolve as an instructor and help other instructors to grow the sport in the safest way possible.

Interested in Training? Have a couple of Questions? Fill out the form, and Predator Paramotor will get back to you as soon as possible. For a faster response, you can message through Facebook here.

Chris has the perfect pace and knowledge for training. I first met Chris at a fly-in in Ohio last summer.  I was just looking into Paramotors and was trying to figure out where to take my training.   I spent the day at the fly in and talked to a lot of the guys there.  A lot of those guys were his past students and had great things to say about Chris.  By the end of the day I told him I was ready to go.  We did my training over the winter when we had decent weather.   I couldn’t be happier with the training.  The pace that he trains at was perfect for me and he is the perfect mix of fun and he has a calming presence that really built my confidence.   I took my first solo flight on January 4th and it was incredible.   We have become friends and I really look forward flying together this summer.

Chris is an excellent instructor. He took me from no knowledge to airborne in only a few lessons. (I have other flying experience) Personal attention is a must with a sport like this and Chris gives you his undivided as he teaches you. Happy to say I can fly PPG now thanks to Chris and his team at Predator Paramotor! I highly recommend them for your training.

I was stuck on the land. I even thought I would never want to leave it. Then I got the chance to fly! Its fun and safe and anyone can do it. Give it a try!

Chris has a gift for training. He takes time for you and makes sure you are comfortable and know the process. Try PPG and you will fall in love.